ColorKraft was built on an identified need. While there are many options for auto body, collision, paint and detail work, there is not a facility that is committed to quality, customer service and doing the right thing in the way that ColorKraft is. The ColorKraft team was built by industry veterans, experts in their fields with the desire to build a business that provides the kind of service everyone can be proud of. 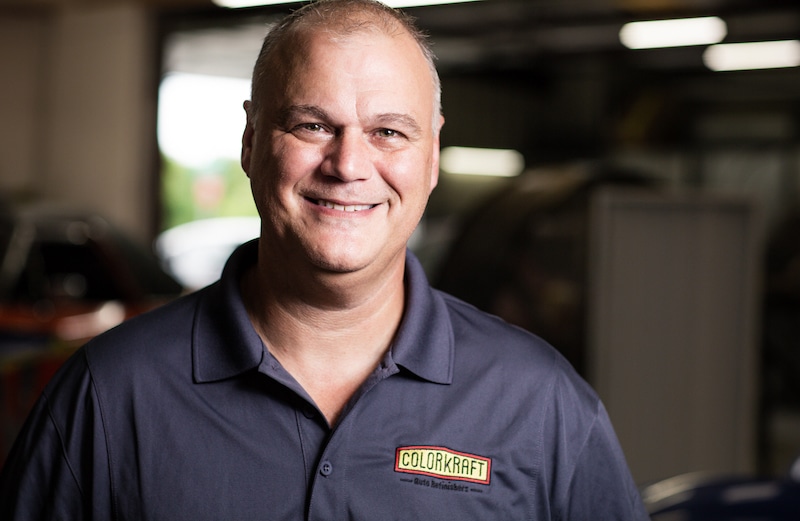 Ryan moved to Middle TN at 12 years old with his family from Oklahoma and began his life outside of high school by joining the Navy which led him to become a Helicopter maintenance technician. During his service, he enjoyed the mechanical work he did and developed an interest in the automotive world. After being discharged He acquired a Job at Byrd’s Automotive store from a recommendation of a friend. He delivered paint supplies to local dealership collision shops until one day he was approached by one of the dealerships who were looking for a body man apprentice. Ryan then decided to take the leap into the body shop as an apprentice and in just over a year he was already working side by side with veteran body-men and honing his skills to become a leading body technician at Andrews Cadillac in Brentwood, TN. Ryan remained at Andrews for 14 years, then decided to expand his knowledge and moved over to the Crest Cadillac dealership and specialize in the High end and European collision work. He acquired several certifications for European vehicle repair including Porsche, Audi, BMW, and others throughout the years. Crest is where Ryan met Josh and Aaron and began to help Josh after hours doing custom motorcycle jobs and further honed his skills to include the custom bodywork skill set. Ryan eventually went to the Subaru collision shop for a few years until he was approached by ColorKraft to join the team and bring his top-notch skillset in to help create a new higher standard for the independent body shop market in middle Tennessee. 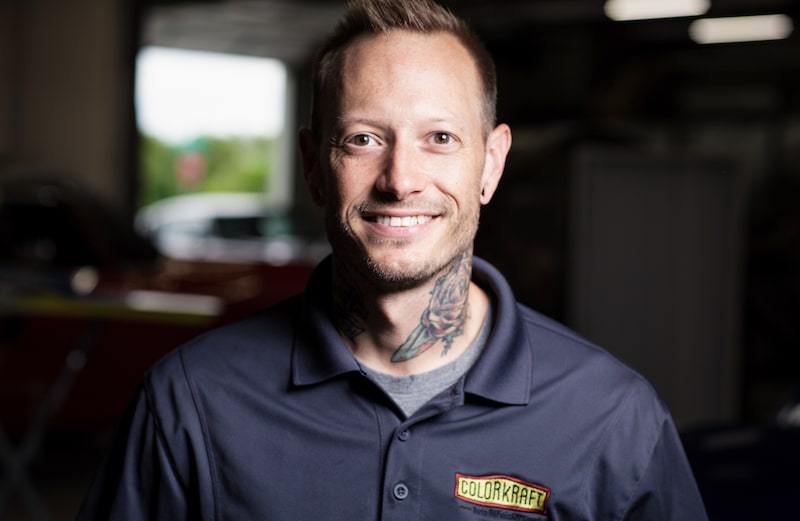 As Josh was growing up in Las Vegas, NV he had a predisposition to the industry being surrounded by his family of Mechanics and automotive painters. At 10 years old he had his first experience in restoring a Toyota truck side by side with his grandfather. Together they spent a significant amount of time doing all the bodywork to the truck and then took it to a shop to have it sprayed. This involvement in the project was the beginning of his interest in refinishing work for the automotive industry. With a desire to learn Josh wasted no time and began to fix and paint anything he could get his hands on such as scooters and bicycles. Later, in high school, he developed his skills with polishing and refinishing the paint on cars and trucks. Josh started his first detailing business at just age 18 and after a while decided he wanted to develop his skills at painting. He landed a job at Mercedes, then Porsche, and Aston Martin and quickly began to expand his knowledge and passion for refinishing work as he developed skills in bodywork, fabrication, welding, and of course custom paint. He decided to move to Nashville where his lovely wife Dayle had family and continued to focus on custom painting and high end refinishing work while running several body shops for about 10 years. In 2012 Josh decided to start his own body shop specializing in custom painting and European restoration which led to his passion for only the finest quality work, cutting edge and refinishing/repair techniques with a high emphasis on customer service. This desire to be the best in the industry led to Josh pooling his resources and becoming a founder of Colorkraft Auto Refinishers where he can deliver all his talents to a level that the industry has never experienced before in middle TN. 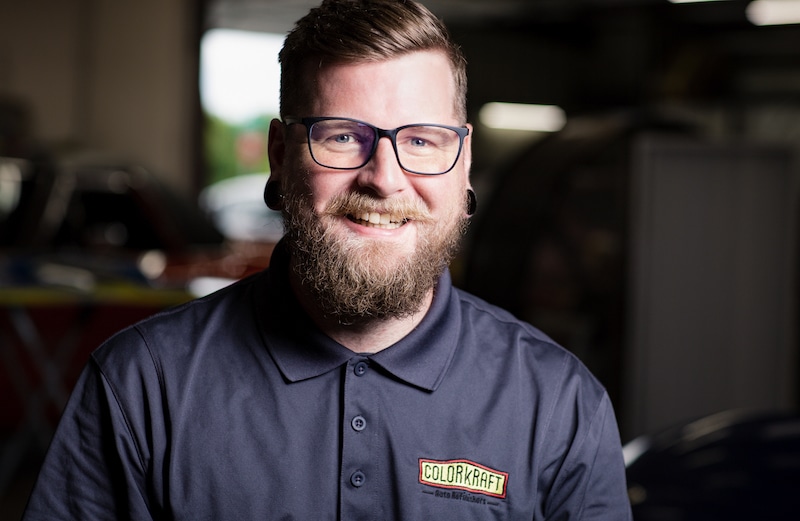 Dallas McLaird was born in Seattle, Washington and raised in Franklin, TN. From a very young age, Dallas was drawn to anything and everything with a motor in it. As he got older, his passion for motor vehicles grew. Dallas devoted his time to working on his own vehicles as well as his friends, which eventually led him to land a job as a Painter’s Assistant at a custom paint shop. On top of all this, Dallas has always been a people person. He prides himself on his ability to make connections and strike up a conversation with anyone. His passion for people and attention to detail make him a valuable, key member of this already-stacked team at ColorKraft. 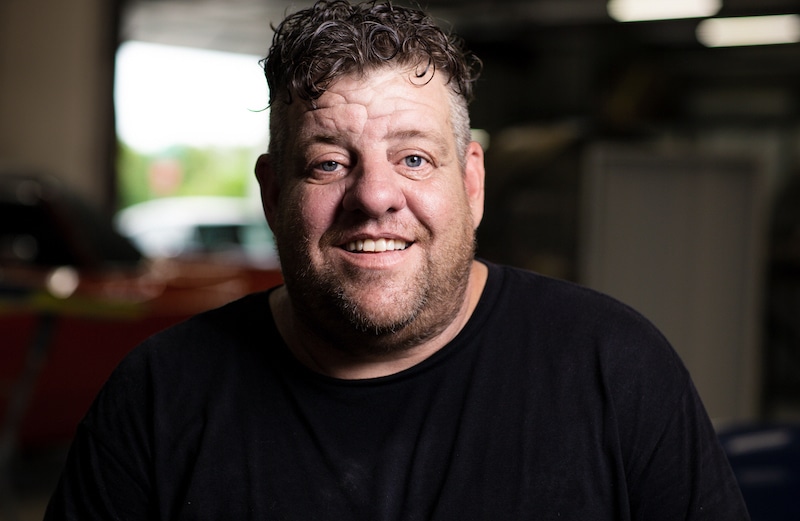 Jason moved to middle Tennessee in 2018 to work in the live music industry. After the Industry crashed, Jason had to pursue a new line of work. Jason has always been fascinated with cars from aircooled VW buses, Audi's, and is now living the Subaru life. When Colorkraft was looking for a new apprentice Jason reached out and grabbed the opportunity. Jason is new to the team and is quickly learning. He hopes to grow with the company as a body/paint Technician and help contribute to the team.

Looking to get some work done?

Our team of knowledgable and professional technicians are on stand by.